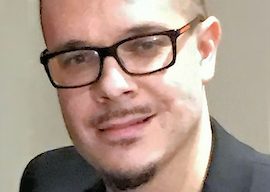 Did you hear the one about the white and the Asian who went to court over a black man’s ball? It was October 2001, and the San Francisco Giants were about to play their final game of the season. Slugger Barry Bonds, who’d already broken the single-season home run record for an MLB player, was looking to add at least one more homer to his tally. Needless to say, thousands of fans were in the stands that day hoping to catch the record-setting orb.

Bonds, true to form and totally not due to steroids, homered in his very first at-bat. A white guy named Alex Popov caught the ball. Well, for an instant, at least. Before he knew it, a mob of peace-loving San Franciscans tackled his alabaster ass. A rolling melee ensued, and when the dust cleared, a little Japanese-American critter named Patrick Hayashi emerged with ball in hand, triumphantly displaying it for the camera as if he’d caught it. But no…Popov had caught it. Hayashi only had it because the mob knocked Popov down.

The value of the ball was estimated at $1.5 million. So, naturally, the matter ended up in court.

In law, sometimes a judge hands down a decision that’s so well reasoned, so wise, it becomes the stuff of legend. And sometimes a judge hands down a decision that’s akin to when Grandpa farts at the Thanksgiving table; you’re left with a foul stench and a bunch of people trying to pretend it never happened. Such was the case with California Superior Court Judge Kevin McCarthy’s umping in Popov v. Hayashi. McCarthy ruled that Popov caught the ball. This was evident from the video of the event. The ball entered his glove. It was his. The judge also ruled, and this too was supported by the video, that Hayashi was not one of the hooligans who initially tackled Popov. Rather, he crawled into the mass of sweaty superfans after the assault had already occurred.

McCarthy ruled that Popov caught the ball, so it was his. And Hayashi emerged from the huddle with physical possession of the ball, so it was his. Um…what? McCarthy established Popov’s pre-possessory interest and the crowd’s malicious interference (a teen testified that, inside the huddle, Hayashi bit into him like a piece of ika in order to gain possession of the ball). Nevertheless, McCarthy ruled that Popov gets the ball, and Hayashi gets the ball. He ordered them to sell it and split the proceeds.

And then something really unfortunate happened for both men. The obese diabetic nerds who make up the sports-memorabilia community got pissed that the media had repeated again and again the claim that the ball would fetch $1.5 million at auction. “No one is going to dictate to us how much we’re willing to bid for a ball,” the nerds said in unison, and they purposely depressed the price. The “$1.5 million ball” ended up fetching a mere $450,000. That amount, split evenly, wouldn’t cover either litigant’s legal fees.

Wait, did I just say that this was an unfortunate turn of events for both men? Stupid me. I meant to say that it was an unfortunate turn of events for the white guy. See, Popov, being white, had to pay for his attorneys. But Hayashi hired hisself a Jap advocate who works pro bono for Asians, because race! So Popov, the dude who caught the ball, lost a boatload of money. And Hayashi, who grabbed the ball after the white guy was tackled, made a cool $225,000. Plus he got to bite a teenager on the leg, which I’m fairly certain is some kind of Japanese sex fetish.

All in all, a good day at the ballpark for the Asian, and a bad day for the white guy who actually did the work.

“It’s much more profitable in America these days to identify as oppressed.”

Putting aside the right or wrong of McCarthy’s legal reasoning, we’re left with one indisputable fact: In the big picture, Popov lost because he’s white, and Hayashi won because he’s Asian. This is a privilege that nonwhites have. If you’re an attorney who isn’t white, you can totally declare that your practice exists to benefit people because of the color of their skin or the shape of their face. But if you’re white and you try to be a “pro-white” lawyer, you can literally be denied a license to practice law on the basis of “character and fitness.”

I’m not advocating pro-white or pro-Asian or pro-anything. I’m just pointing out the double standard. One group of Americans gets to have attorneys who can unashamedly claim, “I’m here to advance the interests of people of my race,” and another group of Americans doesn’t. Here in Cali, Asians are on average more economically successful than whites. There’s no metric by which one can claim that Asians in this state are “oppressed.” So allowing pro-Asian attorneys while condemning pro-white ones cannot be seen as a necessary hypocrisy to assist the underprivileged.

I thought of the Popov/Hayashi case last week as I watched the farce surrounding the murder of 7-year-old black Texan Jazmine Barnes. Barnes was shot to death by a passing vehicle while driving with her family. It was a horrific, senseless act. Barnes’ family members told police that the shooter was a white guy in a pickup truck, and that the murder was racially motivated (the killer’s air freshener in the shape of a lynched Medgar Evers gave it away). The minute the media, the Democrats, and the SJWs (we can lump that collection of human detritus under the single heading of “the left”) heard the magic words “dead black” and “white suspect,” they could barely hide their glee. Soon enough, black activists and the whites who pander to them turned the Barnes murder into the latest cause célèbre for the perpetually angry and gullible.

Rewards were offered! Marchers were mobilized! And news organizations ensured that the case was given front-page, top-story treatment. For a few days, everyone was having the best time ever until the Harris County cops, under intense pressure to arrest Pickup Truck Panzerschütze, made the shocking and completely expected discovery that the drive-by shooting was carried out by the very people who made “drive-by shooting” a recognized and commonplace term in American cities: black gangbangin’ thugs. Turns out the only white bad guy involved was Shaun King, who defamed an innocent cracker by falsely accusing him of the shooting.

As NPR was forced to admit, had the Barnes family reported that the shooters were black, no one would have given a damn. Black-on-black crime gets lower ratings than CNN. Still, NPR’s David Greene stressed that the people hunting the phantom white shooter were justified: “Remember, it was only two decades ago that a black man named James Byrd Jr. was lynched by white supremacists about two hours away from Harris County.” Yep…21 years ago, a black guy was killed by racists in a town that’s also in Texas. Therefore, why wouldn’t we be on pins and needles expecting it to happen again any minute now?

This from the same NPR that constantly tells Americans to stop worrying about Muslim terrorism because 9/11 was seventeen years ago. Yawn, old news. But James Byrd? My gosh, that was practically yesterday!

So strong was the reluctance to say goodbye to the white-shooter myth, Harris County Sheriff Ed Gonzalez told reporters that even though the white shooter doesn’t exist, it’s good to act like he does, because it opens a “discussion about race.” With his newfound determination to pursue fictional criminals, Gonzalez then put out an APB on Thanos.

I have no idea if Jazmine Barnes’ parents knowingly fabricated the white-shooter story to garner national attention and ensure a speedy police investigation (and to make $85,000 through a GoFundMe campaign). If they did, I can’t exactly blame them. The white-shooter ruse ensured that Jazmine’s death was taken seriously, and that’s what any of us would want for a murdered loved one. At the moment, cops claim that the white-shooter story was an innocent mistake, and maybe it was. But what’s not in dispute is that once the white-shooter tale had been told, all sorts of things—free legal aid from high-priced lawyers, international media coverage, and lots of money—flowed in. None of that would have happened if the truth of the shooters’ identities had been known.

Even if Barnes’ family didn’t purposely concoct the nonexistent white shooter (who is obviously related to Tawana Brawley’s invisible white rapists…I mean, the resemblance is uncanny), boy oh boy did they start to exploit it quick. Little Jazmine was barely at room temperature by the time her family members were doing the “We must fight racism! We must end hate!” krump dance on national TV. The grandstanding about “fighting hate” and “Trump’s America” very quickly—a bit too quickly—took center stage over “Let’s find our baby’s killer.” The white-shooter angle gave the family an advantage, and they used it. That’s human nature. It’s not a black or white thing. It’s what people do (even if they’re not 100% aware they’re doing it). As kids, we start doing that shit the minute we find out which parent gives in when we pout. It’s in our DNA to seek advantage and exploit it.

Many times I hear conservatives ask, “Why do most U.S. Asians continue to vote Democrat? Aren’t they aware of what affirmative action is doing to their young? Why aren’t they more supportive of the Harvard bias suit?” Simple. Asians are crafty little devils. They’re like Jews but with women men actually want to date. Asians know their children will be fine. They lose out on Harvard to straight-D student DeJaunté Odom? No prob—their kids have about a hundred other acceptance letters. Asians don’t want to side with whites against blacks and Latinos, because they have a greater edge by siding with “oppressed people of color” against whites (even though they are not even remotely oppressed by any definition of the word). Whites, not blacks, are their business competitors. It’s always better to have an advantage over someone you may need it against. What Asian businessman cares about having an advantage over a black D-student?

It’s much more profitable in America these days to identify as oppressed, and to get all of the goodies and benefits that come from framing your life as a struggle against racist whites. Just ask Patrick Hayashi. He got a quarter-million bucks just for not being white, and for having an opponent who was.

Who’d want to give up such an advantage? Certainly not Jews, who’ve recently been fighting tooth and nail against being referred to as “white” by the “Women’s March” loons.

The Jazmine Barnes strategy worked. Cops found the killers, and people donated money, at a speed and with a determination that would not have been present had the killers’ true race been reported. Expect to see this tactic repeated.

This is nonwhite privilege, and it’s the future.

Pay to Play – Put your money where your mouth is and subscribe for an ad-free experience and to join the world famous Takimag comment board.