In the process of finalizing another research article (under revise and resubmit for Agricultural History), I found a small case of tax resistance in Canada East (modern day Quebec) in 1851  that is interesting.

The district of Grenville, northwest of Montreal, was an ethnically mixed district (25% French, the rest were English-Canadians) operating under the British freehold tenure system (as opposed to most of the rest of the province that operated under French seigneurial tenure). During the 1851 census, the enumerator complained that the population of roughly 2,000 inhabitants refused to report statistical information.

Basically, the enumerator pointed out that the majority supposed the information they were giving was “the precursor of a general tax for schools which they are strongly opposed to”. 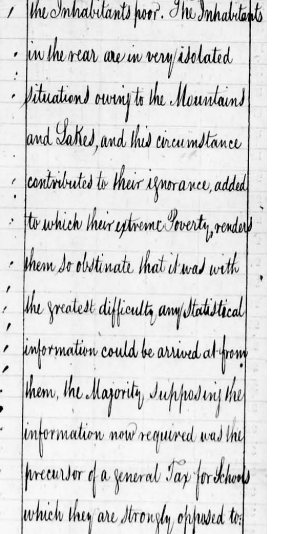 I find this to be interesting because it is a nice little case of how hard to master the craft of an economic historian. As a…