Power Plant Men working for a large Coal-Fired Power Plant have the kind of culture where Cleanliness is next to “Leroy Godfrey-ness”.  If you knew Leroy Godfrey, then you would know that he was a perfectionist in a lot of ways.  Or… Well, he expected the Plant Electricians to be anyway.  A few years after becoming an electrician, there was some work being done by Ben Davis, one of our best electricians, at the Conoco (Continental) Oil Refinery twenty miles north of the plant in Ponca City. 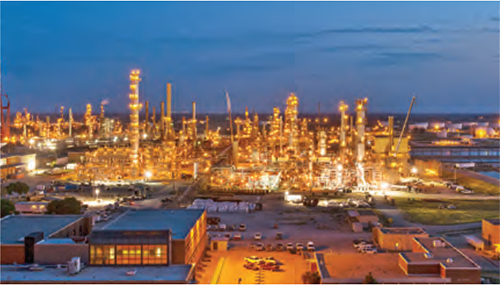 Being a low level Electrician Apprentice, I was not included in whatever was happening at the Refinery.  I didn’t work at the refinery for many years.  When I finally did go to Conoco, I wished I hadn’t.

What was happening?  A Co-Generation plant was being built there.  It is called a “Co-Generation” plant because…